Frozen claims three historical points for Disney. First, it is the first post-modern revisionist fairy tale to gross over circa 1.097 billion dollars and, therefore, the highest grossing animated feature ever made. Second, the fundamental imperatives that rendered Disney obsolete by Pixar’s crass, consumerist and commercial aspects, throughout the previous decade, are restored in this pristine and beautifully animated feature. Third, Frozen represents Disney at the artistic heights of its second animated renaissance, which started with the success of 2010’s Tangled: another revisionist fairy tale, which accumulated under $600 million dollars  and sparked a renewed interest in the work of Disney studios. This was when many assumed that their stylised artwork  had disintegrated in their own relentlessly mediocre features (see, for instance, the likes of Meet the Robinsons, The Princess and the Frog and Bolt).

Frozen veers from the narrative tropes of a traditional Disney princess movie; Here it presents the juxtaposition of two very different sisters. The different cohesive characterisations from a Freudian perspective, we  can present as two fundamental aspects of the human psyche. The first is unrestrained and eternally giddy Anna, who is blithely unaware of the family skeleton. Whilst the other sister is the repressive and tortured Elsa, whose prominent ice-cold powers (yes, that’s the above-mentioned skeleton) isolate her from loving and human connection of her younger sister. When Elsa’s powers grow rapidly out of control, Anna busts up with an ice transporting mountain man, his noble steed, all knowing trolls and a snowman spawned from Elsa’s powers to stop Elsa herself from consuming both her and the land of Arendelle.

Hans Christian Anderson’s tale ‘The Snow Queen’ is barely recognisable with the lush Disney makeover that instils the entire set of relevant solid virtues typical of a Disney animated feature: The cute colourful supporting characters (including an anthropomorphised Reindeer and a talking Snowman); the rousing musical numbers (opening up with the ‘The First Time In Forever’); the hint of effervescence romance; the gentle and mildly rude humour. Even the Snow Queen herself is no longer allowed to be an ice-cold bitch with a serious icicle up her ass, but a multi-layered characterisation that forms the poignant crux of the narrative arc. 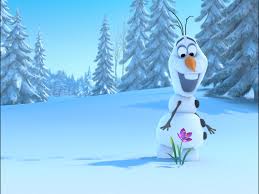 However, unlike these charming clichés that anchor the story, Disney’s escapism into Elsa’s psyche and the manifestation of her powers is played effectively for psychological probing that is rarely seen in other Disney classics. Presumably, Disney strived to mirror the wonderment of their own animated style by showing Elsa’s powers at their prominence, but their tearing away of the shackles restraining Elsa (so pivotal in the ‘Let It Go’ song) is Disney exploring the repression of a character caused by social conditioning. In this case its Elsa’s parents who force her to wear gloves to hide her frosty hands.  Elsa is, hence, an interesting heroine to place at the forefront of the colourful chaos, for the writer’s comparison with her Anna – who is so bubbly and carefree –  is the crux of an internal conflict that is engrossing to watch. It also pays wonderful climatic frissons in the finale, which packs a massive emotional punch – despite the well-worn themes of love conquers all. 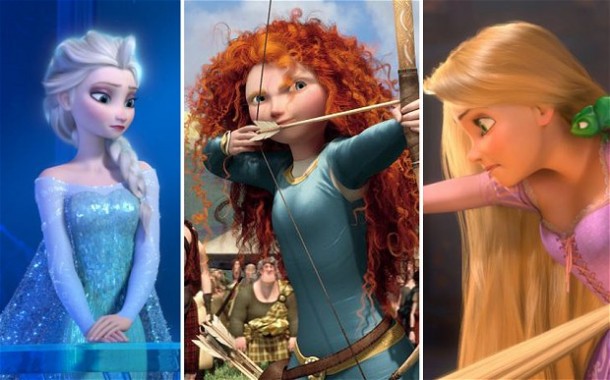 Frozen also has unmistakable feminist overtones: Several twists in the narrative show the redundancy of the supporting masculine characterisations in the central plot. Instead, the healing power of sisterly love is set centre stage: Anna is no longer dependant on masculine support from both Kristoff and Hans for reward (in this case, her redemption and sisterly bonding), but is single-mindedly determined to save her wayward sibling from her all-consuming powers. 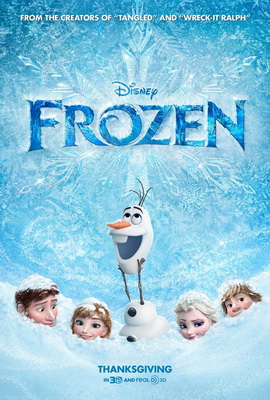 Opening with up with a native chant akin to Disney’s 1994 masterpiece, The Lion King, Frozen embellishes stunning artwork, Freudian philosophies, as well as all the solid Disney virtues for a wonderful 94 minutes of near masterwork that will go on to outlive the smarmy crassness of Pixar’s celluloid.

It easily takes its place with Disney’s grand pantheon of animated classics.

18 thoughts on “The bitchy sisters of Arendelle: Frozen Review”